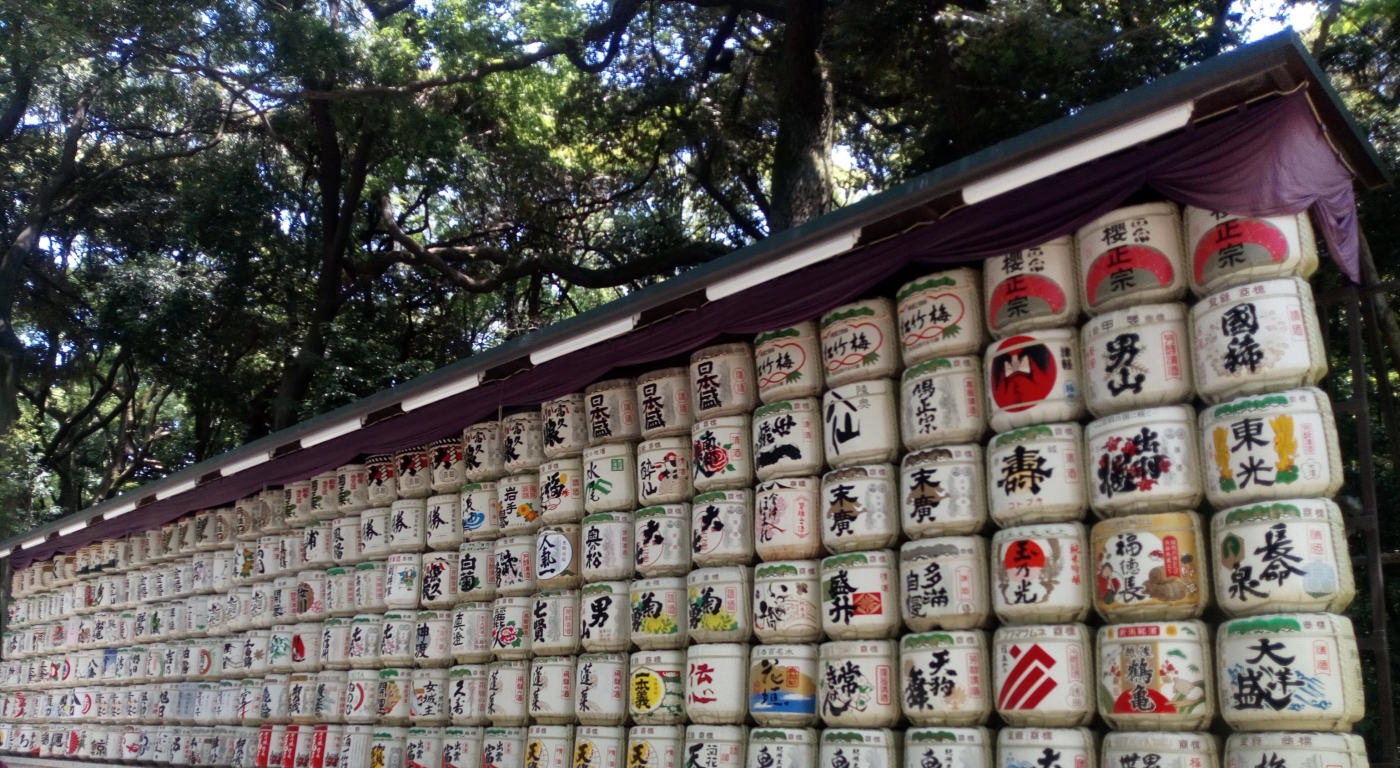 The Meiji Era was the first half of the Empire of Japan from October 23, 1868, to July 30, 1912.   During this time the Emperor Meiji, led the industrial growth and modernization of the country and the Japanese people held Emperor Meiji and his family in the highest regard.  I visited the Meiji Shrine located in Shibuya, Tokyo as it was ranked one of the top Shinto shrines to visit in the area.  At the start of the path towards the shrine, I reached a wall of barrels of sake wrapped in straw.  Every year barrels, pictured here, are given to the enshrined deities by members of the Meiji Jingu Sake Brewers Association along with members of other associations as a symbol of respect for the souls of the Emperor Meiji and Empress Shoken, whom was also buried here.

Sake is a Japanese rice wine with a very strong taste and can have as much as 20% alcohol volume. Sake is said to be the oldest known alcohol that dates back to 4800 BC in China and 300 BC in Japan.   By the 1300s breweries allowed for mass production and during the industrial revolution hand work by villagers was no longer necessary. It seems to be that since about 1904, Japan has been strongly branded with this fermented rice specialty.  I drank sake with a coconut violet cocktail mix nearly every night for the second half of my trip.  It became my tradition to wind down after a day of walking for about 8 hours. Respect be to the Emperor and family souls.

Tip: Purchase a JRailpass (at least 2 weeks before you depart for Japan) to give you more flexibility to see more that just one city when you visit this spectacular country.